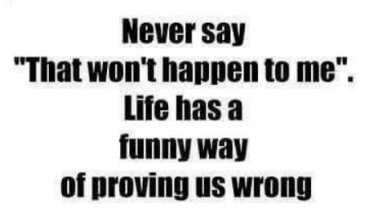 There is a saying that everyone has a price. Even the most upstanding citizens have fallen prey to making foolish decisions when money is involved.

We hear about bribes given to judges, police officers, and witnesses for the sake of overlooking the truth, but bribes only hurt the victims more.

Our obsession with money is often responsible for the mistreatment of others. It may not appear so on the surface, but it happens in subtle ways. For example, you decide to dine out for the evening without making a reservation, and upon arriving at the restaurant, the host/hostess tells you it will be a 30-minute wait and adds you to the waiting list.

After waiting a while, another patron enters the restaurant. They also don’t have a reservation, have inquired about the wait time, and have the same number of people in their party. Next thing you know, they are being seated before you.

More than likely, money exchanged hands. The host/hostess accepted the money to his/her benefit, the patron used it to his/her advantage, and the restaurant stands to lose a displeased customer (and get a bad review) for the actions of its staff member.

These types of transactions happen frequently. We don’t think we are doing any significant harm, but in reality, someone is experiencing the impact.